Genesis 11:4
Then they said, “Come, let’s build a great city for ourselves with a tower that reaches
into the sky. This will make us famous and keep us from being scattered all over the
world.”

Matthew 4: 8
Next the devil took him to the peak of a very high mountain and showed him all the
kingdoms of the world and their glory. “I will give it all to you,” he said, “if you will
kneel down and worship me.” Get out of here, Satan,” Jesus told him. “For the
Scriptures say,‘You must worship the Lord your God and serve only him. ”Then the
devil went away, and angels came and took care of Jesus.

How does all wealth belong to Satan?

Haggai 2: 8
The silver is mine, and the gold is mine, says the Lord of Heaven’s Armies.

Matthew 6:24
No one can serve two masters. For you will hate one and love the other; you will be
devoted to one and despise the other. You cannot serve God and be enslaved to
money.

Leviticus 25:10
Set this year apart as holy, a time to proclaim freedom throughout the land for all
who live there. It will be a jubilee year for you, when each of you may return to the land
that belonged to your ancestors and return to your own clan.

1 Samuel 8:6-7
Samuel was displeased with their request and went to the Lord for guidance.  “Do
everything they say to you,” the Lord replied, “for they are rejecting me, not you. They
don’t want me to be their king any longer.

WHY?
1 Kings 11:9-10
The Lord was very angry with Solomon, for his heart had turned away from the Lord,
the God of Israel, who had appeared to him twice. He had warned Solomon
specifically about worshiping other gods, but Solomon did not listen to the Lord’s
command.
Isaiah 14:12-14
“How you are fallen from heaven, O shining star, son of the morning! You have been
thrown down to the earth, you who destroyed the nations of the world. For you said to
yourself, ‘I will ascend to heaven and set my throne above God’s stars. I will preside
on the mountain of the gods far away in the north. I will climb to the highest heavens
and be like the Most High.’

2 Corinthians 11:14
But I am not surprised! Even Satan disguises himself as an angel of light.

1 Thessalonians 5:1-6
Now concerning how and when all this will happen, dear brothers and sisters,[a]we
don’t really need to write you. For you know quite well that the day of the Lord’s return
will come unexpectedly, like a thief in the night. When people are saying, “Everything
is peaceful and secure,” then disaster will fall on them as suddenly as a pregnant
woman’s labor pains begin. And there will be no escape. But you aren’t in the dark
about these things, dear brothers and sisters, and you won’t be surprised when the
day of the Lord comes like a thief. For you are all children of the light and of the day;
we don’t belong to darkness and night.  So be on your guard, not asleep like the
others. Stay alert and be clearheaded.

2 Thessalonians 2:3-10
Don’t be fooled by what they say. For that day will not come until there is a great
rebellion against God and the man of lawlessness is revealed—the one who brings
destruction. He will exalt himself and defy everything that people call god and every
object of worship. He will even sit in the temple of God, claiming that he himself is
God. Don’t you remember that I told you about all this when I was with you?  And you
know what is holding him back, for he can be revealed only when his time comes. For
this lawlessness is already at work secretly, and it will remain secret until the one who
is holding it back steps out of the way. Then the man of lawlessness will be revealed,
but the Lord Jesus will slay him with the breath of his mouth and destroy him by the
splendor of his coming. This man will come to do the work of Satan with counterfeit
power and signs and miracles. He will use every kind of evil deception to fool those
on their way to destruction, because they refuse to love and accept the truth that
would save them.

Revelations 13:3-4
I saw that one of the heads of the beast seemed wounded beyond recovery—but the
fatal wound was healed! The whole world marveled at this miracle and gave
allegiance to the beast. They worshiped the dragon for giving the beast such power,
and they also worshiped the beast. “Who is as great as the beast?” they exclaimed.
“Who is able to fight against him?” 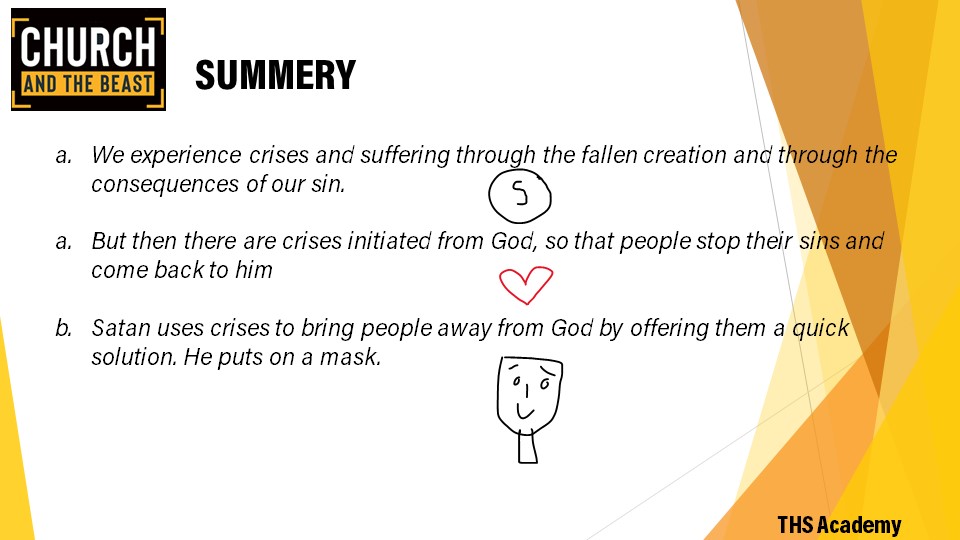 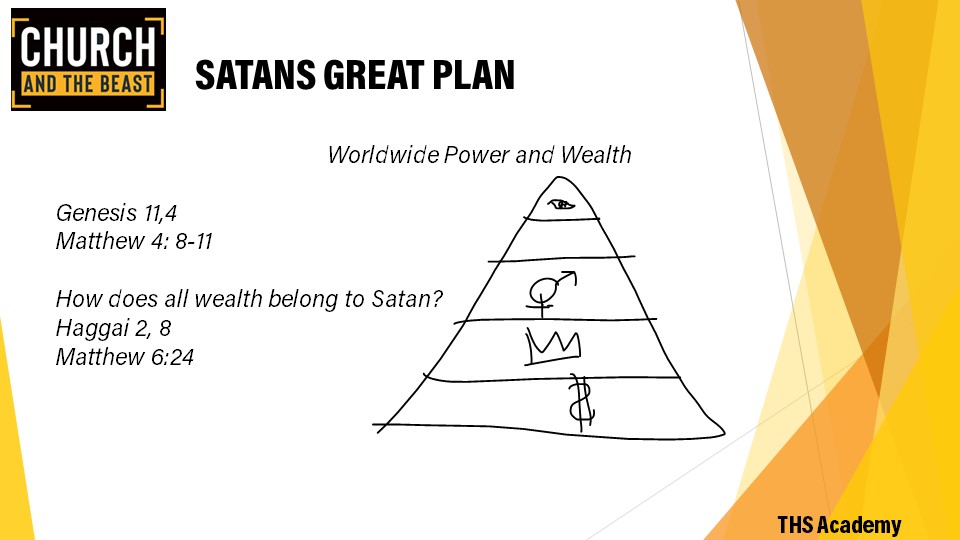 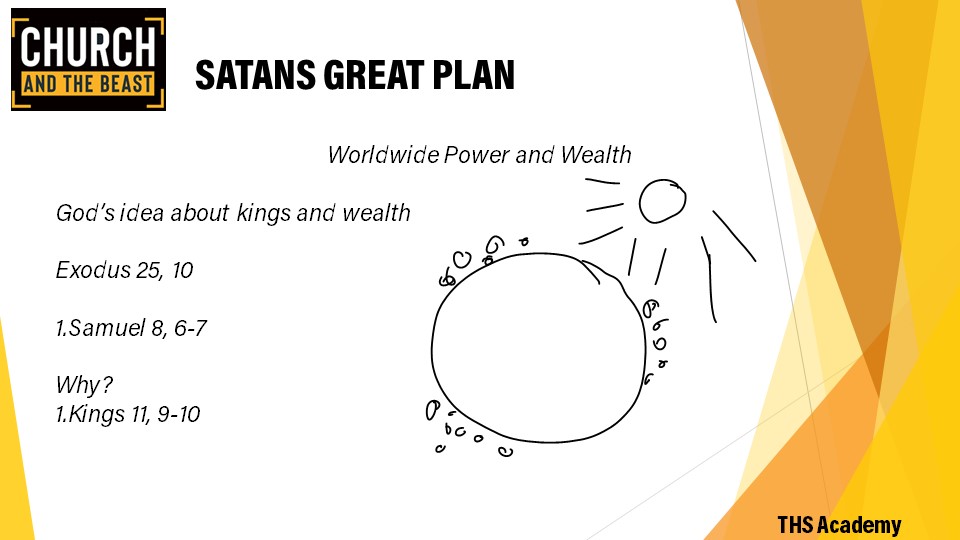 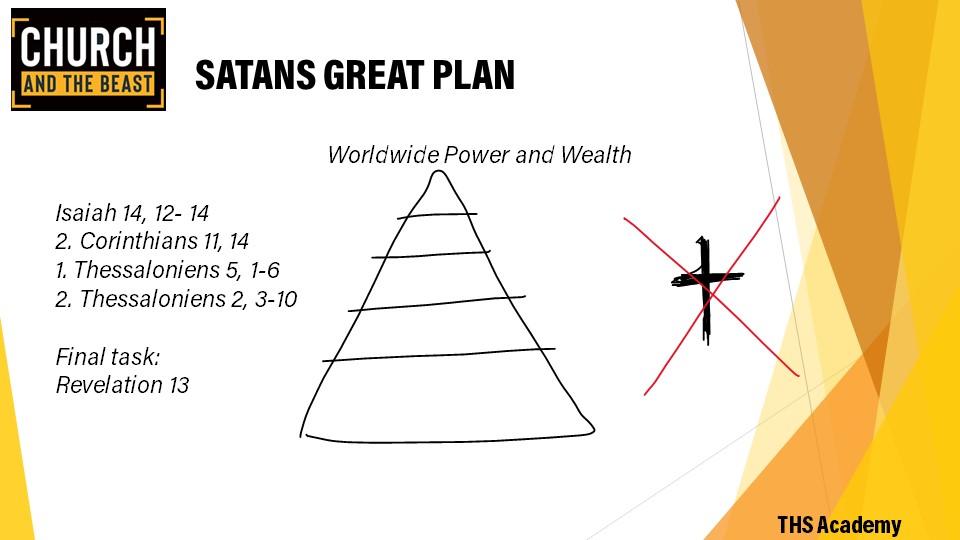